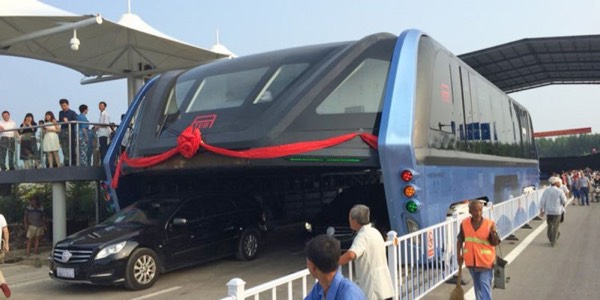 So, how does a radical drivable bridge that costs (according to initial estimates from 2010) $75 million or so save money? By making it possible to not spend about ten times that much building a subway system. (…)

We see there that the bus is using hub-mounted motors for propulsion. This, of course, makes a lot of sense, as it allows the drive train to be highly modular, redundant, easy to swap/service, and eliminates the need for a separate steering mechanism, since wheel motors on each side can be varied in speed to allow for a sort of skid steering type of setup, like that used on tanks, and, maybe more closely, Mars rovers like Curiosity, which use (much smaller) wheel hub motors as well.